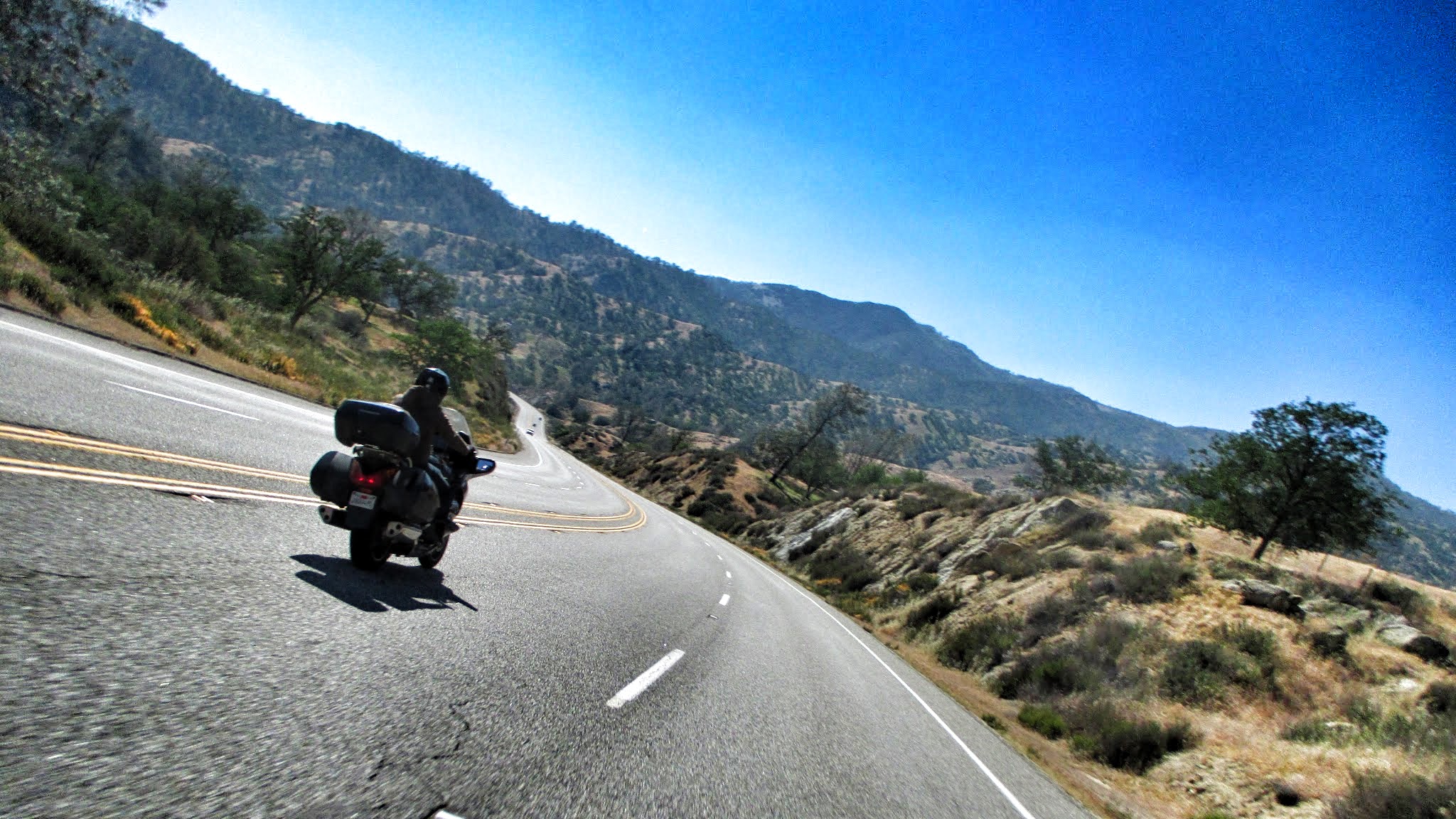 Motorcycle riders in the Bakersfield area looking for an excuse to ride their bikes out of town, look no further to the town of Kernville located along the Kern River, just north of Lake Isabella.

Highway 178, which is the main east-west thoroughfare through Bakersfield, leads you east into the southern arm of Sequoia National Forest as it parallels the river through a twisting, winding canyon. River rafters and overnight campers are a common sight along the Kern.

This particular portion of the 178 is two-lane, and often times quite narrow as is cuts up close to jagged rocks. The state has put up warning signs cautioning motorists of the numerous deaths that have occurred over the decades.

But the benefits outweigh the risks, rewarding riders with beautiful views of the canyon, mountins, and river. There are numerous places to pull off the road and take a photo.

Highway 178 rises in elevation the further east you go towards Lake Isabella. Eventually it takes you into a two-mile portion of tight switchbacks, with road signs recommending speeds of 15-25 MPH.

And then, all of a sudden, the road opens up into four-lanes of straights and wide sweepers until you get into Lake Isabella. From there, take Highway 155 north into Kernville.

Kernville was originally founded as Rogersville in the middle of Lake Isabella (back when there was no lake) after an 1858 gold rush. In 1948, when the dam was built on the Kern River, Kernville was moved north of the new reservoir.

Today, Kernville is a popular destination for tourists because of its antique shops, arts and crafts, and country-style cafes. For us, Kern River Brewing was the featured attraction.

Many motorcycle riders prefer to head further north along Highway 155 to McNally’s, a resort with a burger shack popular with bikers. If you want to make it an extended day, consider the ride to Trail of a 100 giants, a short hike through a series of giant, old growth sequoia trees.

If you’re planning to take Highway 178 back into Bakersfield, consider using Sierra Way, the road that runs along the east side of Lake Isabella, taking you back to the 178.