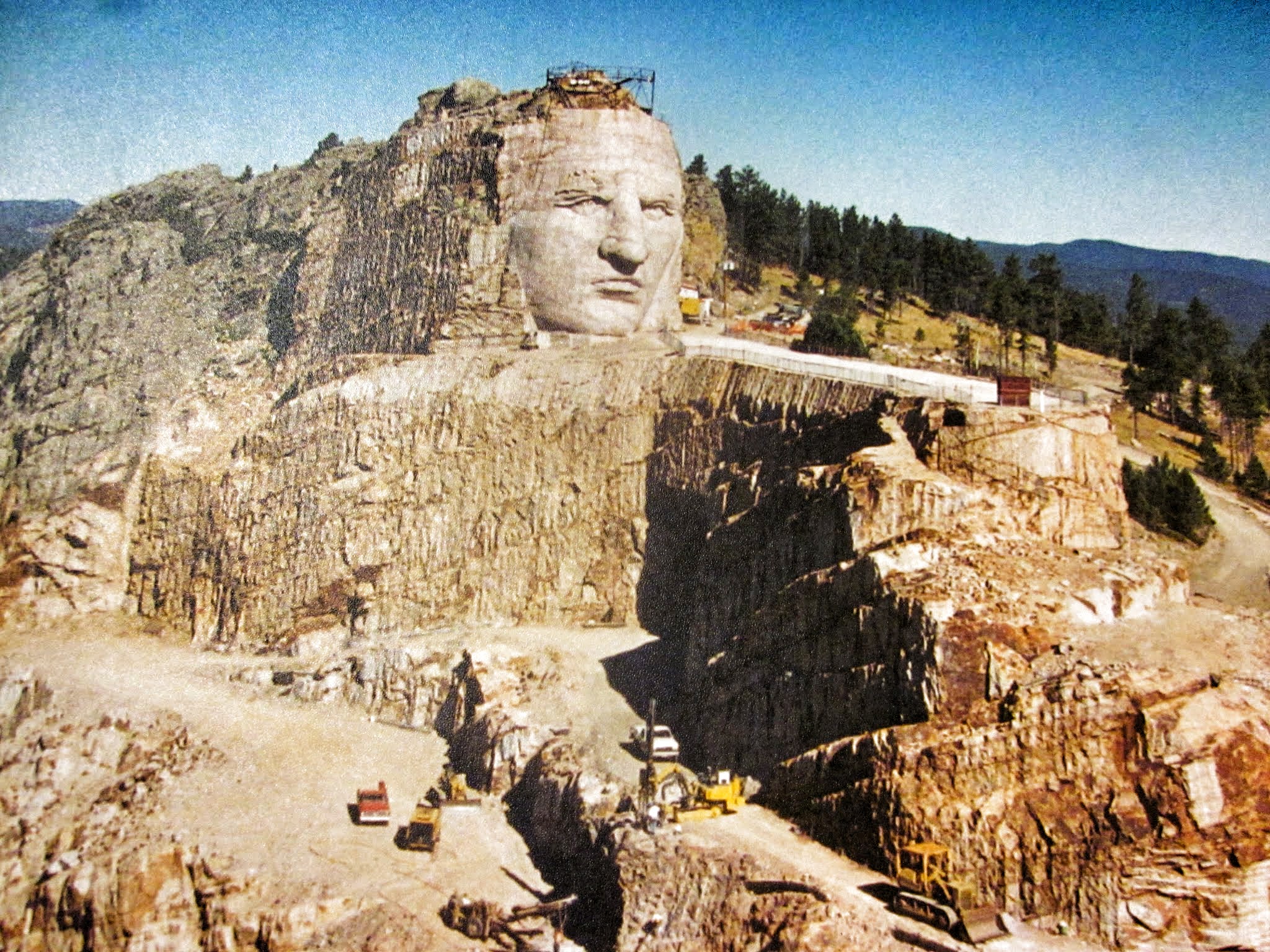 About 16.5 miles south west of Mt. Rushmore, deep in the Black Hills of South Dakota, is the Crazy Horse Monument.

The memorial was commissioned by Lakota Indian elder, Henry Standing Bear, who wanted a monument similar to Mt. Rushmore to honor what he felt was the greatest American Indian.

Henry Standing Bear offered his own 900 acres of land to the federal government in exchange for a barren rock mountain. The government agreed, and granted a plot of National Forest land. Construction started in 1948, about 7 years after the completion of Mt. Rushmore.

Polish sculptor Korczak Ziolkowski, who also worked on Mt. Rushmore, was hired to design the monument and sculpt the rock. He worked on it for 36 years until his death in 1982.

Since the death of the sculptor, the Crazy Horse Memorial Foundation was set up to raise funds to continue work on the Memorial. The Foundation established a museum, gift shop, and cafe to help raise funds. They also offer tours. Visitors can pay to walk on the actual monument.

Entrance fee into the monument grounds is $5.00 per motorcycle, but if you drive a car it’s $11.00 per person.