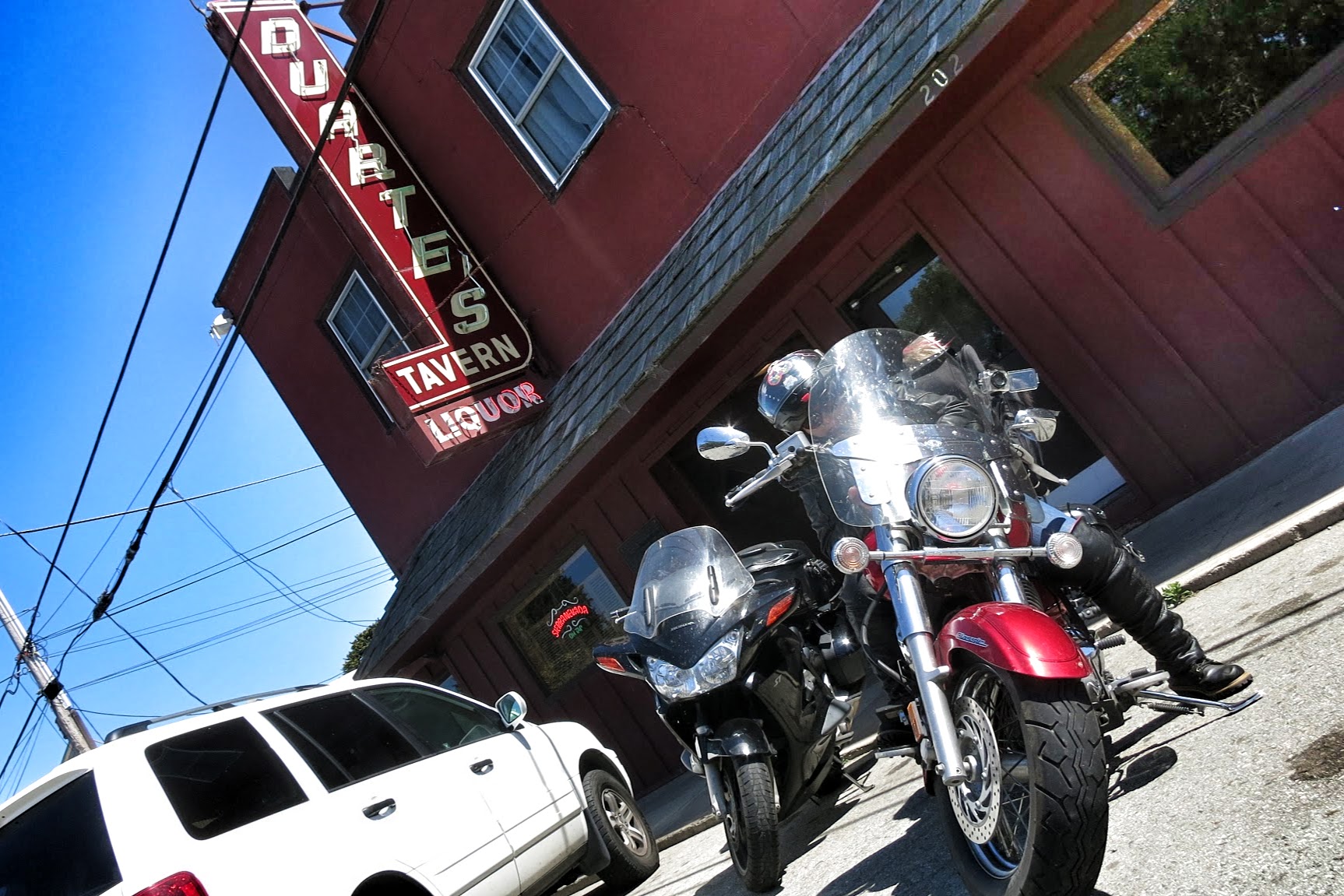 Duarte’s Tavern in Pescadero, CA is a piece of history along the coastal area of San Mateo County that motorcycle travelers ought not to pass by.

Pescadero was known as a resort town in the late 1800s for the wealthy living along the San Franciso Bay area. In 1890, Frank Duarte brought barrels of whiskey north from Santa Cruz with the hopes of starting a tavern for the bustling new community.

Success struck immediately, and soon after, a couple other taverns opened. Then suddenly in the 1920s, when Prohibition was passed, Duarte’s Tavern was forced to close. Six years later in 1926, the tavern burned down, but the actual bar was saved.

In 1934, after Prohibition was repealed, the popular drinking establishment opened back up. Since then, Duarte’s Tavern has been passed down through the family, and today it’s operated by Frank’s descendants.

We were told to stop there and try the “Fries with Eyes” and the “Cream of Asparagus Soup”.

Fries with Eyes is just deep fried smelt caught locally and served up just like french fries. They’re actually really good with a bowl of soup. The Cream of Asparagus Soup is very thick, and offers a great flavor of asparagus. Considering how cold and windy the ride was up from Santa Cruz that day, the soup really warmed us up.

We’re told by the bartender that they next we come, to ask for the “50/50”, which is the Cream of Asparagus Soup poured into a bowl of their Cream of Green Chile Soup.

“It’s the most popular dish people ask for” she said.

Pescadero offers some light curiosity shopping along with a gas station for refueling and a market for snacks. Many motorcycle riders prefer to take Pescadero Road all the way inland to La Honda, enjoying a very twisty ride through the Santa Cruz Mountains.