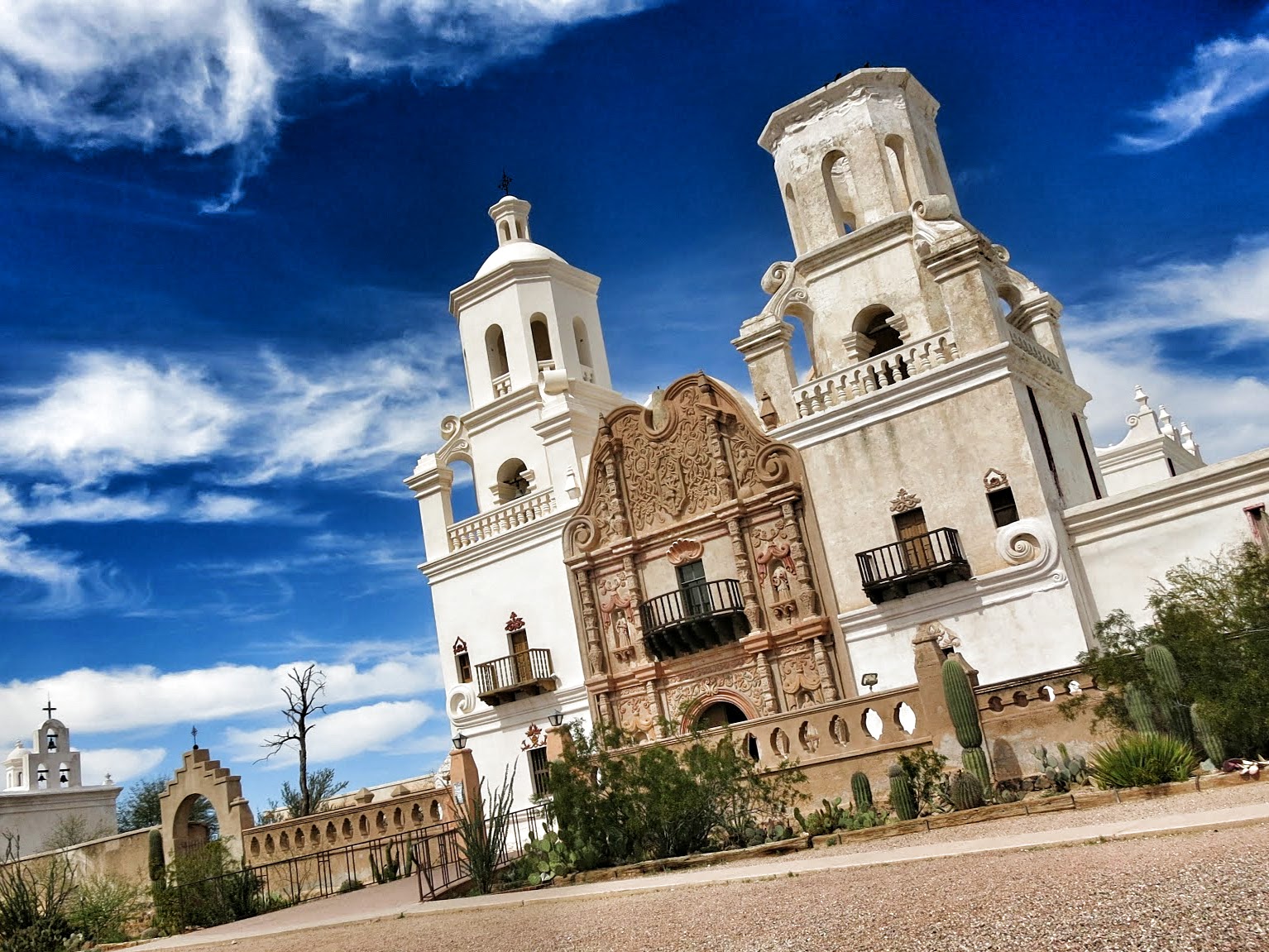 The Mission San Xavier Del Bac is located just outside of Tucson, AZ inside the San Xavier Indian Reservation.

Established in 1692 by Jesuits, it’s part of the Sonoran Desert Chain of Missions that stretches from Mexico into Arizona. The original building was actually destroyed in 1770 by Apaches. The structure seen today started construction in 1783 by Franciscans who apparently continued the Jesuit philosophy of architecture and art, and completed in 1797.

Sash and I visited the Mission yesterday during our three-week stay in Tucson. I had previously visited here in 1999 during my interest in ghost towns and American history. Since then, the San Xavier Indian Reservation put in a gravel parking lot and vendor booths for indian fry bread.

During my first visit, I was amazed at the level of detail inside the Mission. The carvings, the statues, the paintings, all exquisite, ancient, and painstakingly laborious. But during the 1600s and early 1700s, when the Jesuit Order dominated the Spanish infiltration of the New World, western civilization was deep in Baroque art. The inside of Mission San Xavier Del Bac reflects that expression.

Knowing Sash held an interest in art, I wanted to bring her here to see real history and art up close.

If you love art, history, and can appreciate the man hours and dedication it took to build this mission, you’ll spend hours, if not days, exploring each statue, carving, and painting that decorates the interior.

Sash and I both grew up in Southern California, we were already well familiar with the mission system of Alta California, founded by Franciscans. Those mission structures reflect the more conservative, structured, and humble way of worship. Hence, to step into a mission with the level of ornate detail as that of San Xavier Del Bac, just blows our minds.

Even though the mission has gone through restorations, the antiquity is still easily seen. Pieces of fingers have broken off from statues, edges of carvings are worn smooth, and cracks are seen in paintings. You can literally walk up and touch them, unlike the policy at many art museums.

Mission San Xavier Del Bac is still a functioning mission today. Mass is still served daily as has been since its founding over 320 years ago. It’s still the cultural center of the local Wa:k people, and where they gather as a community.