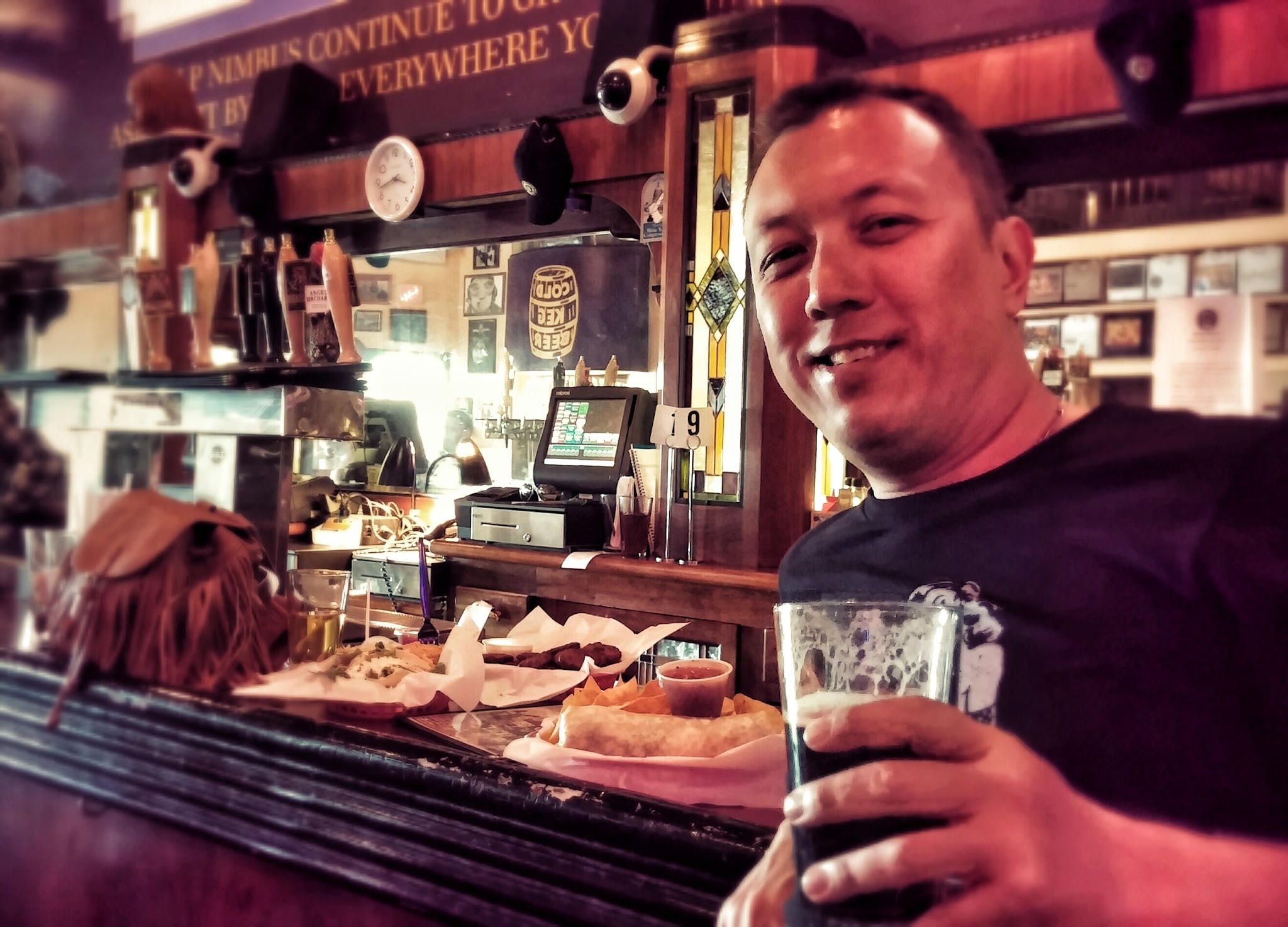 Nimbus Brewing, located in the southern portion of Tucson, AZ, seems to belt out some of the city’s best craft beer, despite a recent influx of new craft breweries.

It’ located in an industrial center, rather out of the way. When we tried to find Nimbus Brewing originally, we doubted the directions Google Maps was giving us. But putting our faith in almighty mapping service, we sure enough found the brewery.

Nimbus seems like a rather popular place for locals who really love their beer. I mean, you’d have to love it if you want to travel into the city’s southern, industrial area. And sure enough, they brew some really good beer.

Old Monkeyshine is Nimbus’ flagship concoction, an homage to the English Style Ale, but with a far more American craft brew flair. It has an amazingly complex malt structure that reminds me of the flavor of prune, whiskey, and cigars. At 8.2% ABV, it’s also higher in gravity than most English style ales.

But Nimbus is not just known for great beer, but good food too. Of all the craft breweries I visited in Tucson, Nimbus Brewing seems to have the most satisfying eats. They dole up large portions of popular bar chow with fresh ingredients. The “Burro Gigante” is a massive burrito loaded with meat, cheese, lettuce, tomato, and rice. Their street tacos are not the small, narrow pathways of a Spanish village, but large, wide thoroughfares like Speedway Blvd running through Tucson.

At one point, Nimbus Brewing had partnered up with another investor to launch a series of restaurants throughout Tucson and Phoenix, but later pulled out after a bankruptcy filing. Today, Nimbus focuses on making some of Tucson’s best beer at its main brewery.

Don’t let the rather plain, drab looking building fool you. Nimbus puts all of its money into good beer and eats, and leaves the fancy neon and decor to the downtown sector.