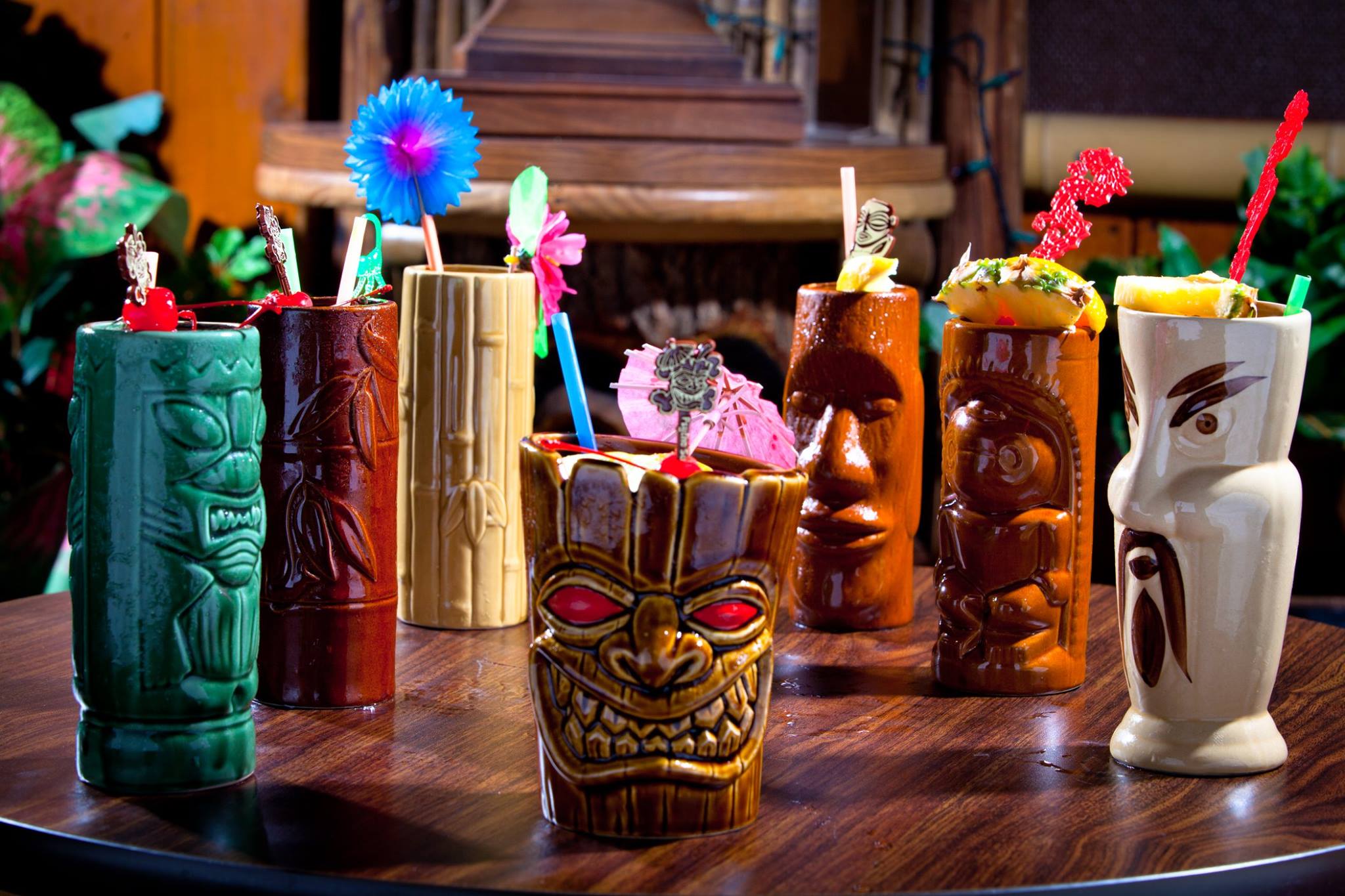 When I heard of “Minnesota Sushi” I imagined slices of raw muskellunge, crappie, or walleye, buddied up with a cheese curd, then stuffed inside balls of rice. It turns out it was nothing of the sort.

Instead, a lovely young auburn-haired server presented me with a plate of sliced pickles smeared with cream cheese wrapped inside of ham. It turns out that Minnesota Sushi was quite the humorous appetizer, but still rather addicting.

Psycho Suzi’s Motor Lounge, located in the Bottineau district of downtown Minneapolis, came highly recommended to us as a place to hang out at night from a fellow motorcyclist, Chris Cope. Sitting right on the banks of the mighty Mississippi River, the many polynesian statues, bamboo patio furniture, and tiki torches at the iconic Motor Lounge are a contrast to the legendary waters of Old Man River.

The place is so packed, that much of the parking lot outside is valet. Most people park their cars along the sidewalk of Marshall St. and walk a few blocks to get there.

But it wasn’t to be.

Instead, the tiny little motorcycle parking hidden behind the trash dumpster held only a few stock Harleys, Victories, and Suzuki Gixxers. Everything else parked outside were Cadillac Escalades, BMWs, and Jaguars, containing 40-something-year-old gen-exers wearing button shirts and ladies carrying Michael Kors handbags.

I imagine at one time, Psycho Suzi’s was a pretty darn cool place.

But it still is, if you like Tiki decor and if you like to people watch. It appears today that the Motor Lounge is now the place to be if you want to be somebody, and a great place to entertain clients and close deals after a day of golf.

I swore I could hear Taylor Swift and Trace Adkins cantering from the canned music, but it was really hard to hear anything inside due to customers packed together like cans of pickled herring. Sash and I, along with Lucky, sat at the bar, huddled together tightly, yelling at each other as we tried to read each others lips throughout the night.

But the Minnesota Sushi still kept me intrigued, as did the plate of Astro Tots and glasses of local craft beer. Suzi’s, of course, is known for their pizzas and burgers, but Sash and I were not in the mood for tummy stuffing that evening.

For the hardened motorcycle rider, looking for some kind of spiritual connection to the Universe, Psycho Suzi’s Motor Lounge is still crawling with emotion. I found a profound sense of loneliness among the crowd of people huddled around the bar inside. There’s a feeling of facades fronting a desperation, a reaching out for intimacy. Somehow, it seemed strangely fitting in a place like Psycho Suzi’s.