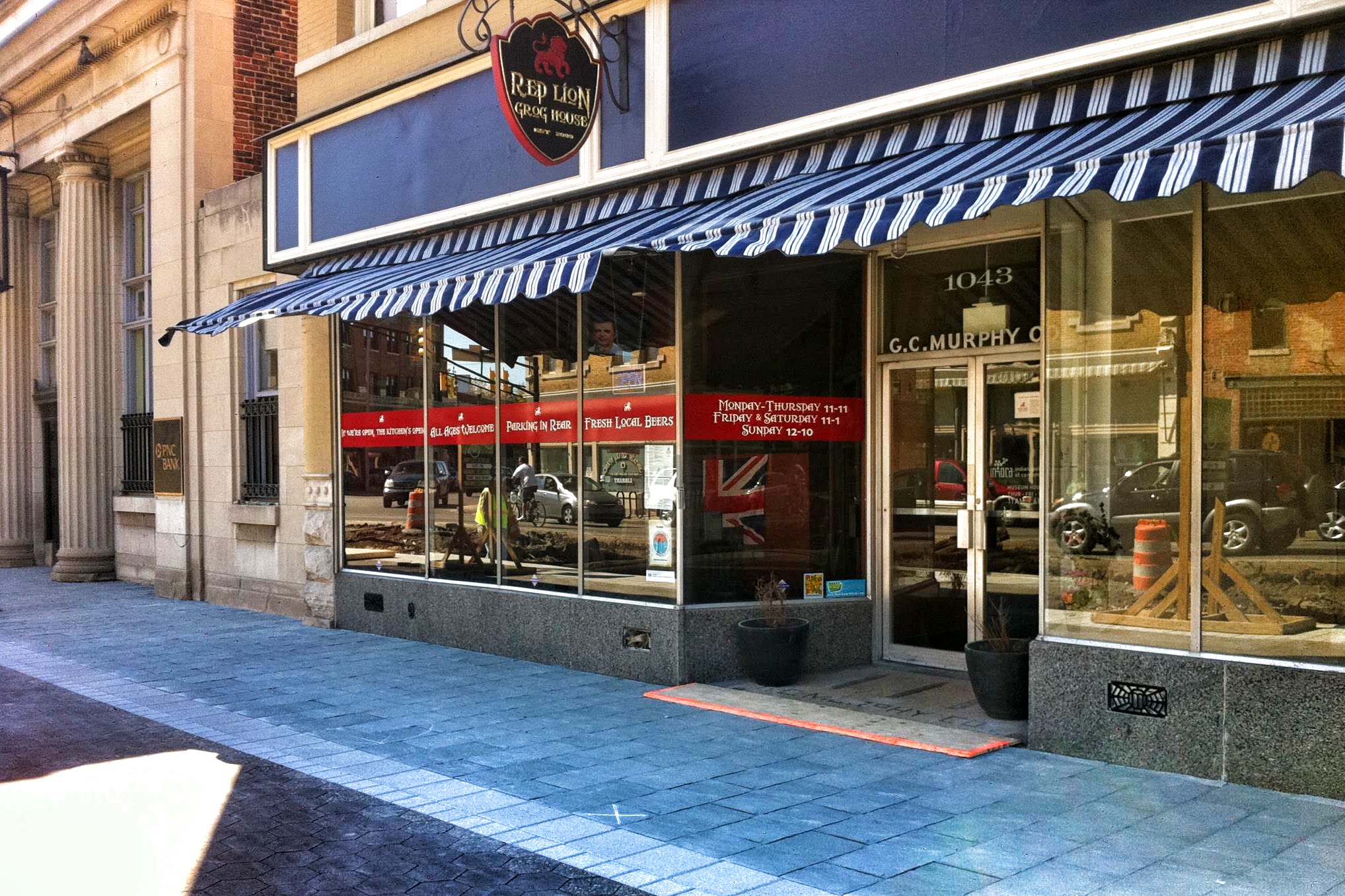 “Red Lion Grog House is easy to spot along Virginia Ave with its blue & white striped awning. What seems like a quiet little ale house on the outside, is far more lively and active on the inside.

Located in the historic Fountain Square community of Indianapolis, IN, the Red Lion Grog House has become the most popular English-style pub in the state’s capital city. Since October 2009, the “Red Lion” has managed to create a lively atmosphere of pub crawlers looking to partake in the city’s local craft breweries.

(Read our reviews of other Indiana campgrounds and destinations)

Sash and I were looking for a fun place on a Tuesday evening to hang out for food and drink. We happened to hear about Red Lion from a couple of others in town, and decided to check it out.

What we found was a balance of 20-something bohemians mixed with the 30-something corporate types and the 40-something craft beer geeks. But there was also a mix of “fun couples”, “foodies”, and “Kindle readers” taking up residence in the House’s dining hall. In short, the Red Lion is not weighted towards any one segment of society, but a pretty well represented cross-section of Indianapolis.

It turns out that we had happened on Trivia Night, which starts at 7:00 PM, but also runs at the same time on Thursday nights. The game is run by an outside company, GTI Sound, who also does karaoke, and open mic nights, among other gigs.  Sash and I ended up winning two out of the three rounds, taking home $30.00 in hard cold hash.

On Wednesday nights there is an “Open Stage” running from 8:00 PM to midnight.

Expect to find much of the traditional fare of what you’d expect in an English style pub from across the pond, but mixed with a more American flare. Try the Buffalo Wings with Apple Curry Sauce, the Potato Cake made from an old Indiana recipe, along with the classics, Beef Wellington and Shepherd’s Pie.

Tell them Road Pickle sent you!