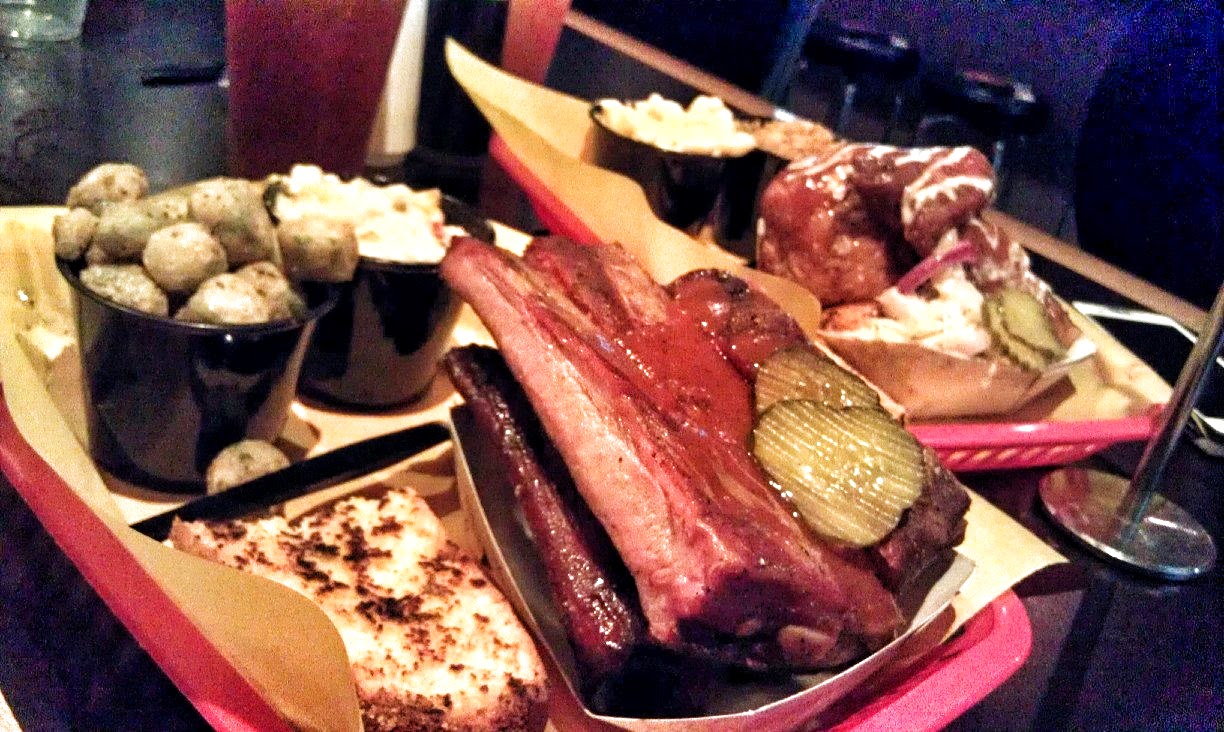 It was my brother who initially turned me on to Moe’s, particularly the location in Englewood along Broadway, which is actually a combination barbecue restaurant, concert venue, and bowling alley.  The young, hipster clientele radiates a vibe that itself sends bolts of energy if the bold, spicy seasonings and sauces don’t already.

Throughout the Road Pickle tour, Sash and I had been looking for some of the country’s best barbecue shacks, and we certainly found some in places like Little Rock and Memphis.  But Moe’s Original Bar-B-Que is tough to beat as well.

Moe’s started out in 1988, when three friends attending the University of Alabama collaborated their spiritual energies towards turning pigs into tender chunks of smoky, spicy, saucy goodness.  Their ideas soon turned towards starting their own restaurant, and somehow, while in Vail, CO, they managed to start up Moe’s.  Since then, they’ve opened 18 more locations across the country, including this hot little hangout with a bowling alley.

Since arriving in Denver on September 5, Sash and I had largely been stuck indoors during some unusually heavy rainfall that flooded the region.  There were moments when the rain lightened up enough to actually jump on our bikes and ride somewhere for lunch or dinner.  Somehow, we made it to Moe’s with just a light sprinkling.  But by the time we walked inside, the rain intensified, and we wondered how long it would take before we could leave.

Moe’s specializes with spare ribs, and seemingly manages to find racks with thickest layers of meat.  They smoke them over fruit woods before “hitting the meat with two different sauces”.  The result is tender, juicy mouthfuls of smoked pork that have you looking around checking to make sure you’re actually in a bustling metropolis and not in the backwoods of the Deep South.

By the time we were ready to leave, the rain had let up some, but still fell at a lighter rate.  Another rider happened to pull shortly before, and turned out he was riding a V-Star like Sash’s, but in white.  The talked about their travels and compared bikes.