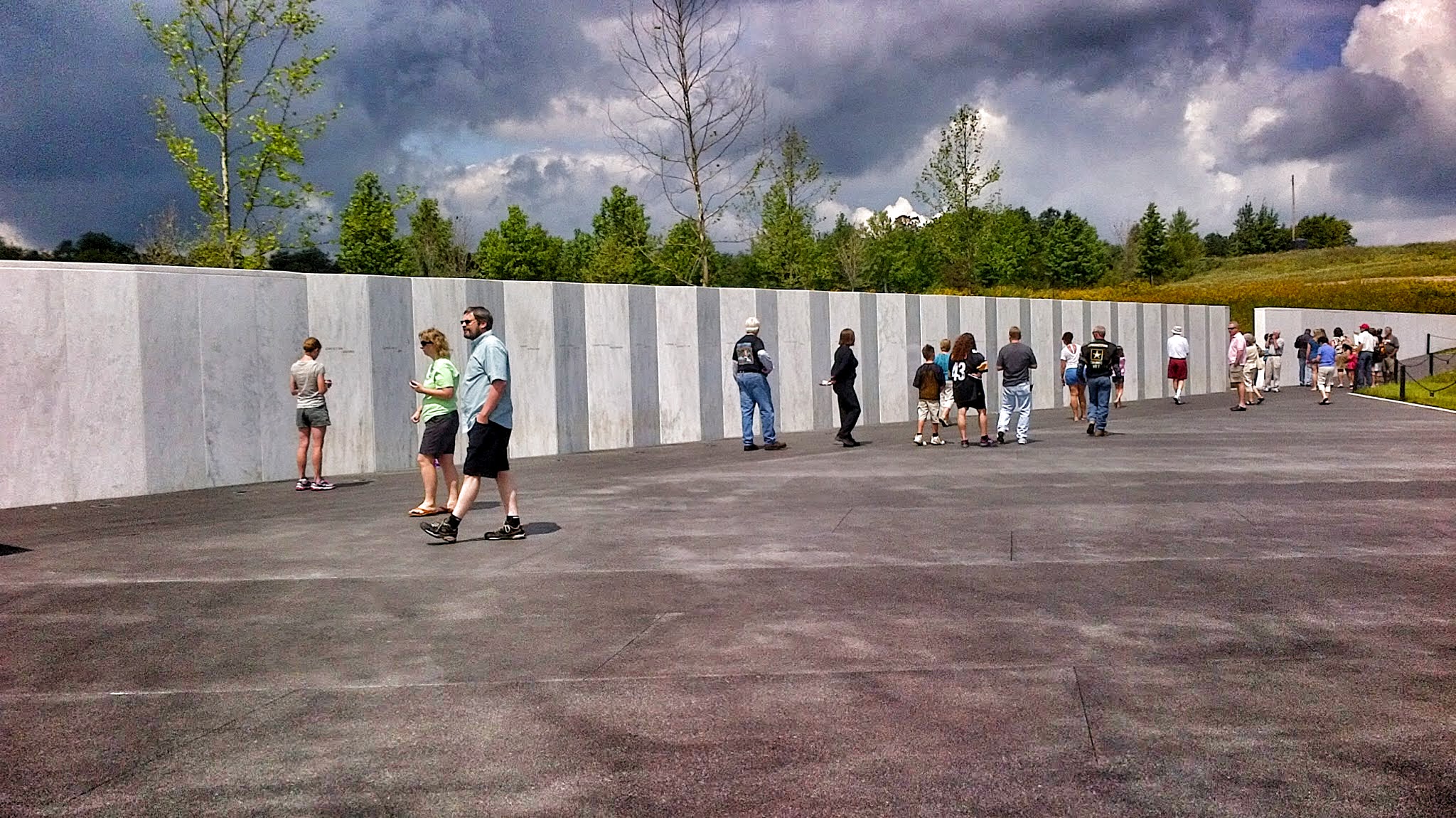 Ask anyone what they were doing on September 11, 2001, and they’ll remember it like it was yesterday.

In the twelve years since then, when four commercial airlines were used in attacks against the United States, I haven’t forgotten where I was and what I was doing.  On the other hand, like with any other impactful event, the emotional impact tends to wear off.

And that’s why memorials are erected.

The Flight 93 Memorial outside Central City, PA, along the old Lincoln Highway, offers a permanent place to remember those who lost their lives in one of the four airline hijackings.

Flight 93 was a Boeing 757 capable of carrying 182 passengers.  But that morning only 33 paying travelers were on board along with 7 crew members.

However, due to heavy morning flight traffic, Flight 93 was delayed for 25 minutes.  By the time it got up into the air, and by the time hijackers ordered the flight crew out of the cabin, passengers already got word from the ground that three other jetliners were hijacked and crashed into buildings.  Passengers at that point elected to overtake the hijackers.  The ensuing fight caused the piloting hijacker to roll the plane, forcing it to crash in an open field in Somerset County, PA.

It was raining on and off the morning that Sash and I visited the memorial.

The early morning rains washes the air and intensifies the aroma of wildflowers as the sun came out to dry things off.

On a Friday morning, we were among the few visitors there.  But it didn’t seem to take long, once the sun came out, for visitors to start filing their way in.  By the time the park started rockin’ and rollin’, Sash and I pretty much saw what we needed to see and were on our way out.

Even twelve years after the airplane crash, the Flight 93 Memorial is not yet near completed.  They’re still working on the visitor center, still planting the memorial grove, building a tower, and a redesigned return road.  But the main center of attraction is there, a wall containing the names of passengers and crew who died in the crash.

Central City, PA lies only 8 miles northeast from the memorial entrance along Highway 160.  It’s a tiny town that offers a very comfy Sunshine Family Diner that serves up breakfast and lunch.  It’s run by a husband and wife team who cook up omelettes, sandwiches and burgers with a real homestyle flair, as if you’ve visited someone’s house in the country.

Historically a coal mining town, Central City has found some new life thanks to the Flight 93 Memorial.  Otherwise, long time residents are leaving town due to President Obama’s initiative to end coal energy.  Mom & Pop restaurants are hurting for business as well, and it may not be long until Sunshine Family Diner closes up too.

“Central City Fire was the first on the scene when the crash happened”, said the proprietor of Sunshine Family Restaurant.  “They even beat Shanksville”.  Shanksville is a little bit closer to the crash site.

Do Central City a favor, and visit their little diner before it’s gone.