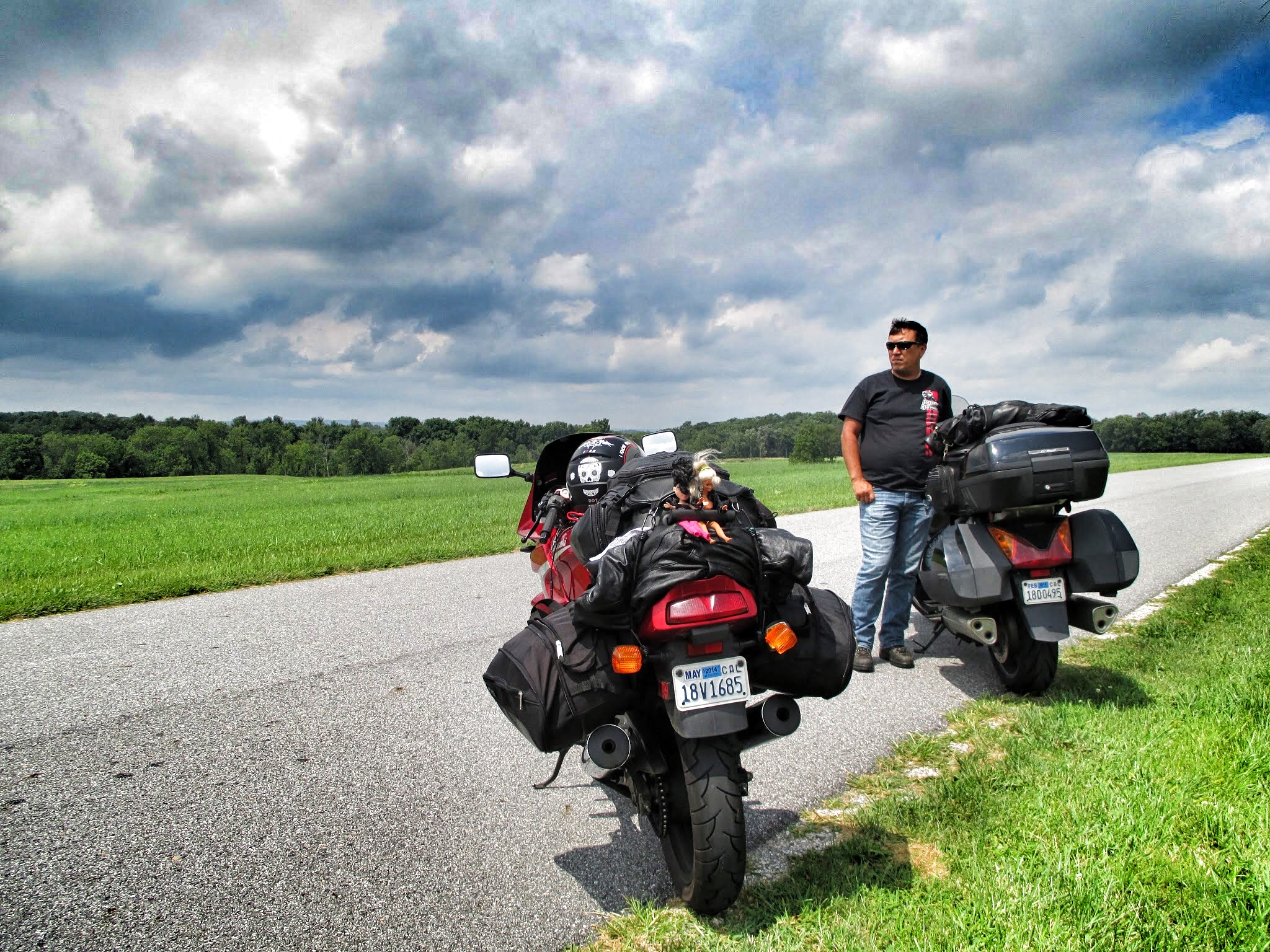 Even if you’re not into Civil War history there’s an eerie feeling that will wash over you when you feel the gentle breeze and hear the occasional chirp of a song bird.

The grassy field that took the lives of some 50,000 sons still holds the legacy of wives and children who went on to live their lives without their husbands and fathers, but Band-Aided over by the growth of new grasses and hatchlings.

Time may have forgotten these men if not for the hundreds of monuments and markers that line the battlefield.  If there was just one monument to honor Gettysburg, the place and event might have lost its importance.  But seeing monument after monument after monument, leaves a profound impact of how devastating this event was, yet so human.

When visiting Gettysburg National Military Park, you don’t actually have to get out off your motorcycle.  There’s an auto tour that takes you past the cemeteries, through town, and into the middle of the battlefield, and doesn’t cost anything.  You could certainly stop and walk into the museum and visit the place where President Lincoln gave the Gettysburg Address.  But then, maybe you already know enough about Gettysburg and only wish to baptize yourself into its memory.

Hundreds of cars and RVs file through the auto tour like ants on a trail.  A few stop to take pictures, and a few stop to get out and read the inscriptions on the monuments.  Some pick flowers to take back a piece of Gettysburg.

For Sash and I, it was more about feeling the energy.  Sash is far more receptive to the calls of spirits than I.  I often wonder if they’re lonely and sad, or if they’re enjoying themselves recreating the battle, just like the baseball players in “Field of Dreams”.

I look out across the battlefield and can vision the Confederate units making their charge.  Bodies flying end over end from cannon blasts, lead musket balls cracking into skulls, and scores of men collapsing to the ground like a firing squad.  Scenes from the movie, “Gettysburg” replay themselves in my head, and I can see a tearful Tom Berenger hold his head down as he sends thousands of men to their deaths, and a shaken Martin Sheen apologize to his loyal followers.