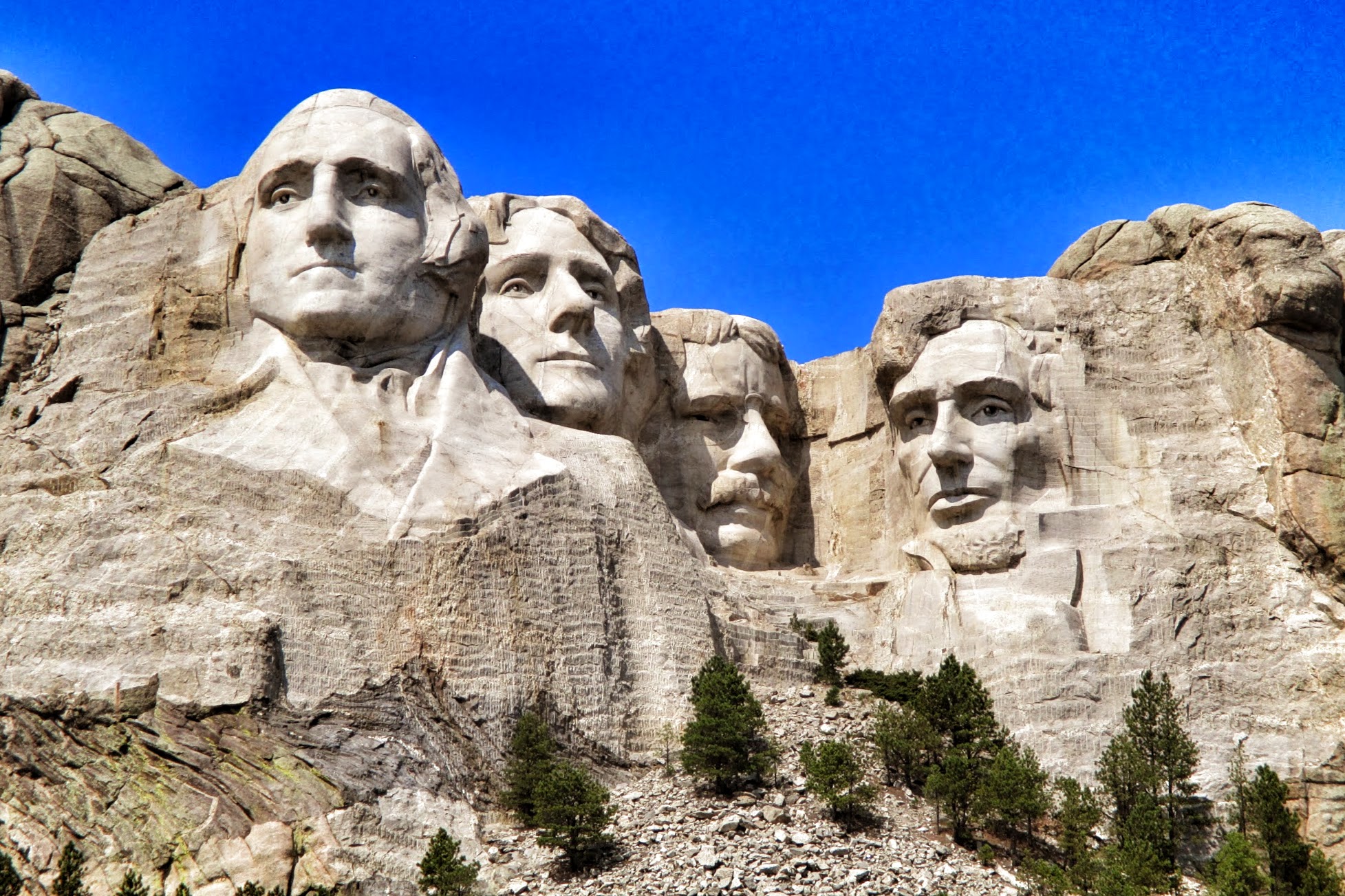 Mount Rushmore National Memorial is perhaps the most famous landmarks in the United States. Located in the Black Hills of South Dakota, there are myriad of roads you can take to get there.

Many motorcyclists we’ve met, however, don’t seemed interested in paying the $11.00 per vehicle parking fee to get inside. In fact, you can still get a great view of the memorial from Highway 244, and that’s what many prefer to do.

But you’ll miss out on a great little underground museum.

Named, “Lincoln Borglum Visitor’s Center”, it’s located beneath the observation deck. It holds a treasure of history pertaining to the famous presidential rock carving. For example, Thomas Jefferson was originally planned for Washington’s left instead of his right. But as Jefferson’s likeness was being carved, it became apparent there wouldn’t be enough rock. So, his face was blasted away, and carved into the present-day location.

You can also learn about the “secret vault” located behind the four presidents, and what’s actually stored there.

There are also photographs of the mountain before it was carved, and photos of the carving in progress. Learn about the dangers and perils that workers suffered through, and how they were able to surgically blast away parts of the mountain.

Highway 244 feeds traffic towards Mount Rushmore. There’s actually a wide shoulder along the east side of the mountain where you can get a great view without having to enter the actual memorial grounds. On the west side on the mountain, there’s another wide shoulder where you photograph Washington’s profile.

If you’re a history buff, the $11.00 per vehicle parking fee is well worth the expense just to get into the museum and learn something about America’s most iconic mountain.

The parking ribbon they attach to your motorcycle is actually good for up to one year, provided of course, it remains attached to your bike.