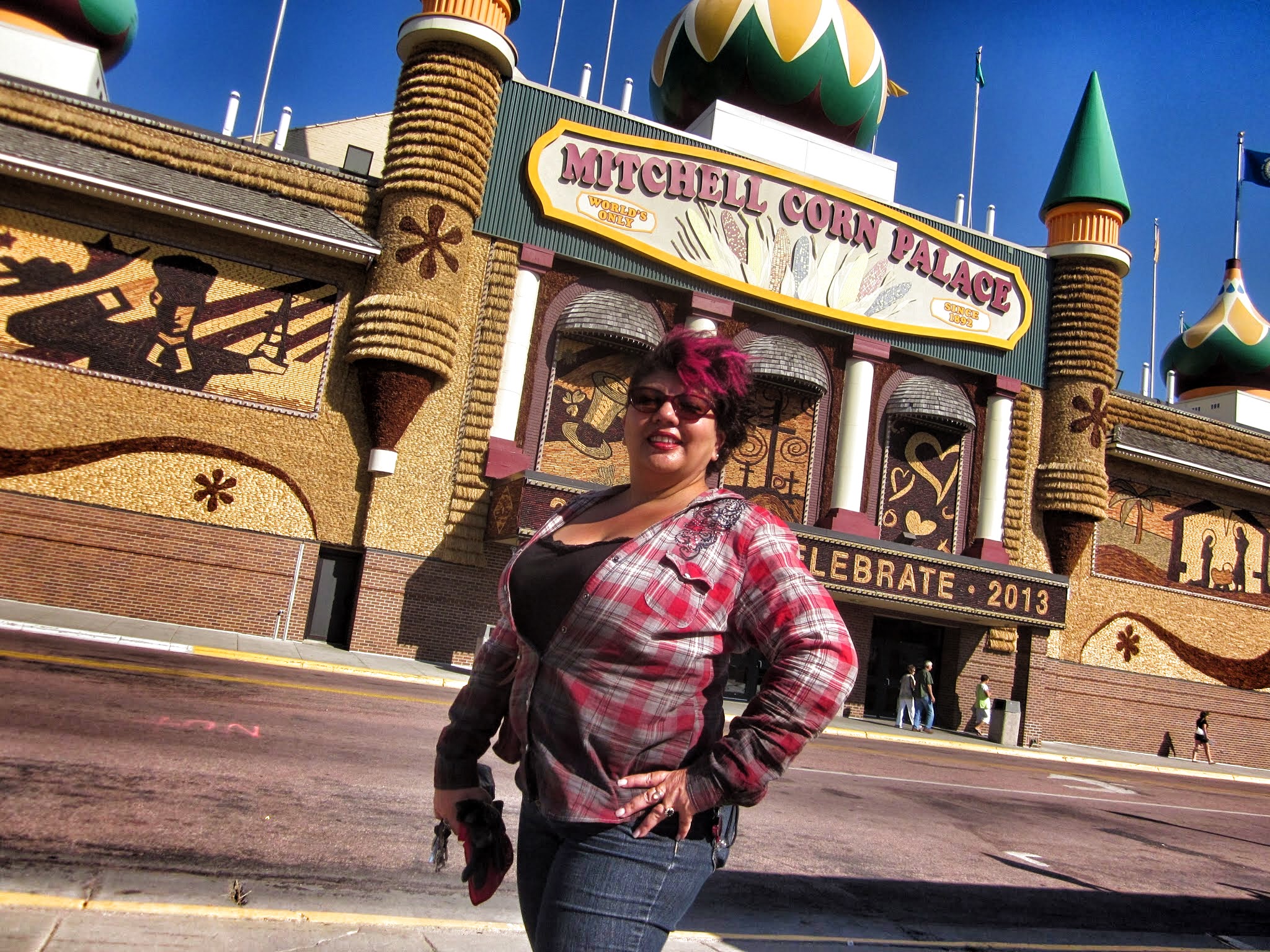 When corn is your life, when it’s supports your community, provides your sustenance, and is why your mom and dad ever found a reason to get together and give birth to you, it makes sense to erect a palace made of corn.

Mitchell Corn Palace is not exactly made of corn, it’s just layered with corn cobs and corn husks on the outside. But then again, the town of Mitchell would not exist without corn. Corn is what generates the economy. It’s what makes life possible in Mitchell. For that reason, the Corn Palace may as well be made entirely from corn.

Originally built in 1892 to showcase the fertile farm fields of South Dakota, “The Corn Belt Exposition” was used to attract people into settling into the 40th State. Over the years, the Corn Palace was rebuilt and redesigned numerous times.

Today, the Mitchell Corn Palace is an auditorium that hosts sports events, concerts, and trade shows. It’s also host to the annual Corn Palace Festival, which is comparable to a county fair.

For the curious motorcycle traveler, who is already well aware that corn has become an legislated ingredient in gasoline, the Corn Palace is a reminder of what America owes it allegiance to. There are exhibits inside celebrating corn, illustrating how much America depends on corn, and reminding everyone how much of their lives would be so different without it. You can buy popcorn, kettle corn, candy corn, and even corn-flavored lollipops.

Otherwise, the town of Mitchell hosts several small eateries if you’re looking to take a break from riding. Many riders stop there on their way to Sturgis. While in town, you might want to stop by Klock Werks Kustom Cycles to check out their unique windshields.

Sash and I arrived a week after the Corn Palace Festival. But we were able to watch a girls volleyball game, which for me was more entertaining.