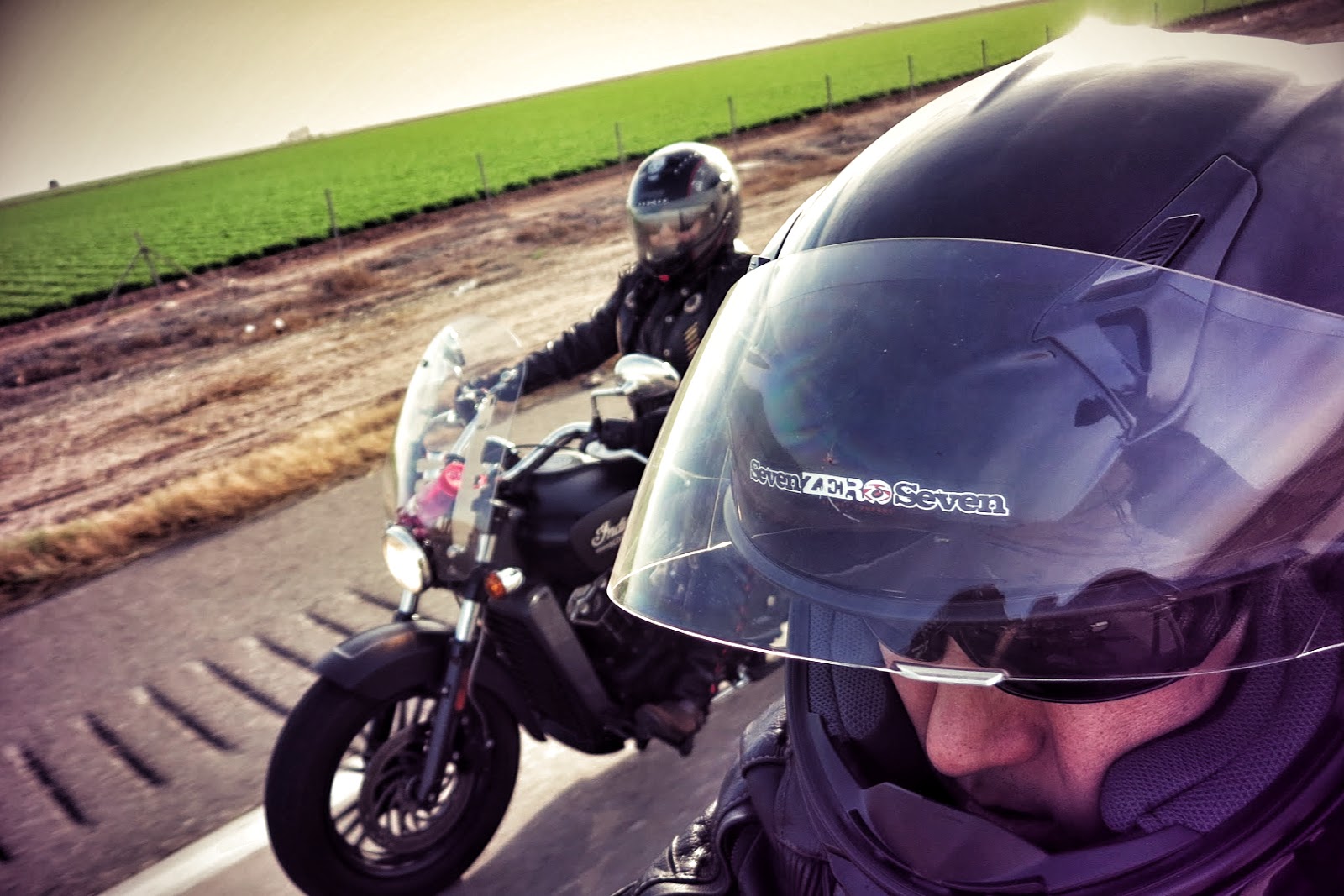 Rain was looming off the San Diego coast when Sash and I had finally packed everything on to our bikes. We were kinda in a race for time, trying to get out of town and on the road to Yuma before the bad weather rolled in.

Making things more challenging, is that Sash had the 2015 Indian Scout on loan from Indian Motorcycles for another month. Our plan was to ride it to Arizona for the month of March, and then return it back to them. The Scout doesn’t come with any saddlebags or luggage rack.

Meaning, we can’t pack anything on it. Everything we have has to fit on my bike.

Well, we couldn’t quite get everything to fit. So, we had to overnight some stuff to our hotel in Tucson via FedEx.

The I-8 is really the only way east from San Diego. Well, certainly there’s the Old 80 and there’s also Highway 94, and I’ve ridden these roads many times. But, the wind was already blowing hard and cold. We needed to get out, fast.

This would be longest ride for Sash while riding the 2015 Indian Scout, some 175 miles. The next day, when we ride from Yuma to Tucson, will be even longer at 240 miles. This will be a test to see how well of a motorcycle the Indian Scout is for touring.

It got pretty damn cold (by San Diego standards) when cresting Tecate Divide along the I-8. It’s where the Golden Acorn Casino and the windmills are. 50 degrees F (10 C), which I suppose it’s not that cold for your northerners. But it’s pretty cold for us.

But once we got down into the Imperial Valley, it warmed to a tolerable 72 degrees F (22.2 C).

Johnny’s Burritos is usually where we stop for chow. Located in El Centro, it’s better than the usual Del Taco or Taco Bell, but faster than a regular “sit down” restaurant.

Otherwise, the I-8 into Yuma is a lot of flat, desert country. Aside from the Border Patrol trucks and the four-wheelers, there ain’t much else to look at.

We won’t have much time to spend in Yuma, however. After all, the rain is still coming. We need to make it a one-nighter and move on to Tucson.