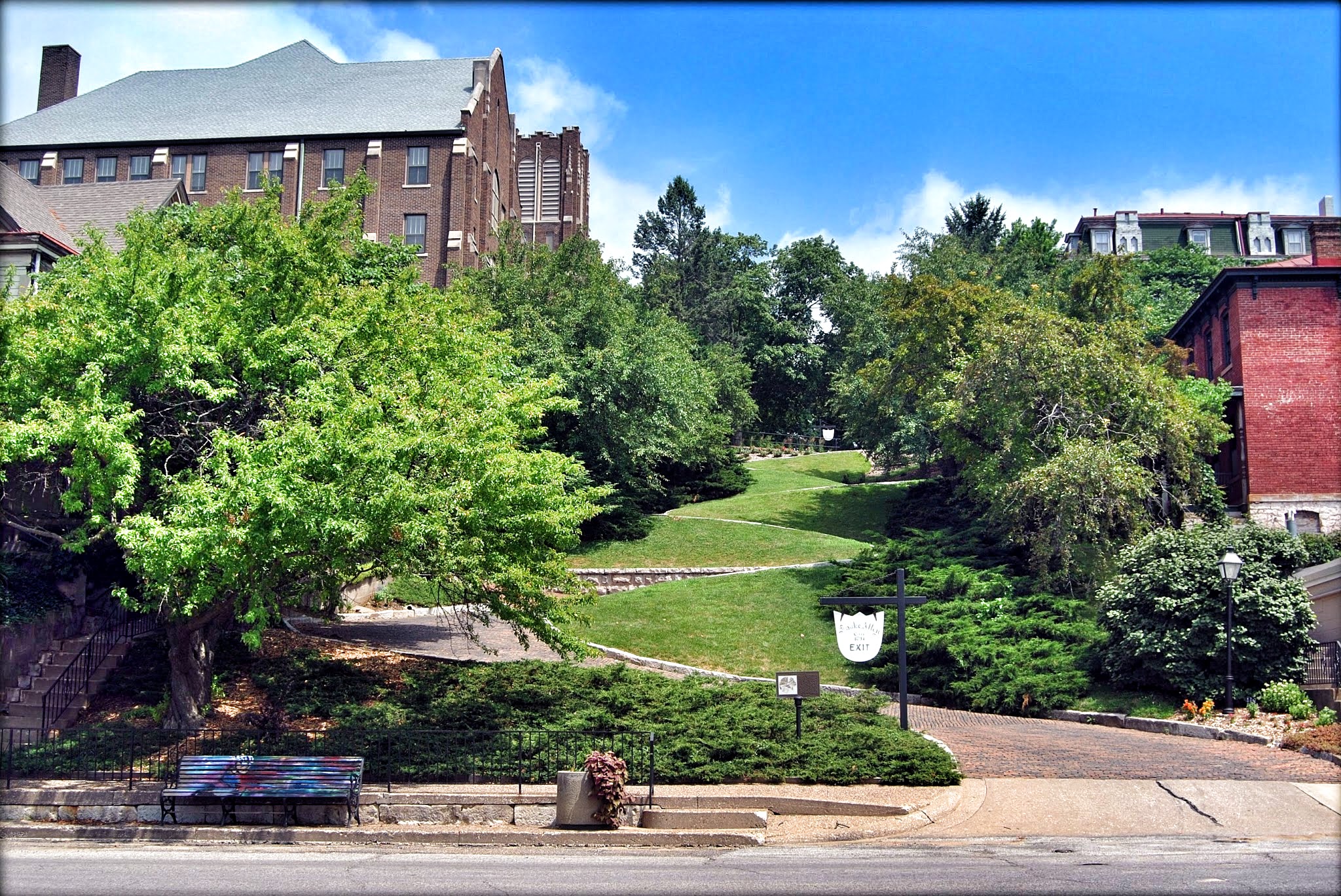 When you think of the crookedest street in the world, you think of Lombard Street in San Francisco. It turns out it’s actually Snake Alley in Burlington, IA.

Photos of the bumpy, cobblestone road leading down to the riverfront of Burlington even resemble the same twisting, nerve-racking thoroughfare in the Russian Hill community of San Francisco. However, a closer inspection of the road will reveal that it is indeed more tight and more crooked.

Both streets would be quite a challenge for motorcycle riders. Lombard is much longer, with wider curves. Snake Alley is far shorter, but much tighter curves. The bricks in the pavement of Snake Alley are set sideways, originally so that horses could get better traction of the road. However, this causes the road to become very bumpy, which intensifies the pucker-quotient when navigating a motorcycle. Meanwhile, the bricks on Lombard Street are laid flat, making the road much more smooth.

Sash and I rode down Snake Alley, and the curves are so tight, combined with the steep downgrade, and bumpy bricks, that we’re riding our motorcycles with the clutch levers pulled in, allowing gravity to pull us down the road while feathering the brakes.

When I first saw Snake Alley, I initially thought that Burlington, IA was trying to compete with San Francisco, CA for bragging rights.  But it turns out that Snake Alley was first laid down in 1894, while Lombard Street was laid out in 1922.

I had to make a second run of Snake Alley just to get my fill of muscle-tensioning, anus-tightening, lunacy.  It would be cool if we could ride up the Alley, but it’s one-way, just like Lombard Street.

Afterwards, Sash and I rested up at “Steve’s Place”, a bar & grill a few blocks away.

At first I wasn’t sure if Steve’s Place was open, considering much of downtown Burlington, IA looks abandoned and closed down.  But Steve’s was one of the few places that had their lights on.  And it turns out that the little bar is one of the last shining spots in the downtown area, where it hosts karaoke, open mic nights, and drag queen competitions.

The owner of the bar, Steve, was kind of enough to give us a complimentary helping of his homemade potato salad, just because he had so much of it.  And because Steve owns the building and the land underneath it, he’s able to charge lower prices for food and drink.  We paid $12.00 for two Philly Cheese Steaks, a Pabst Blue Ribbon, and two cans of 7-UP, and that’s before the $4.00 tip we left him.

But we couldn’t get over how beautiful downtown Burlington, IA is.  The 19th Century architecture filled us with awe.  The views of the Great River Bridge spanning the mighty Mississippi River, with a sea of right-angled brickwork, give the sense that a town here is just itching for revitalization.

However, the Mississippi River is just not the mighty avenue of commerce it once was.  With the growth of rail, air, and ground cargo, Old Man River has become more of a recreational thoroughfare.  And when the Interstate system was developed, the City of Burlington was left out of the plans.